Robert Lucks is a criminal defense lawyer, and divorce mediator.  He has practiced law for twenty-eight years, and has appeared frequently in the courts on Long Island and in New York City.  Mr. Lucks received his B. A. in Political Science from Stony Brook University in 1986, and earned a Juris Doctorate from the Benjamin N. Cardozo School of Law in 1989.  He was admitted to the New York State Bar in 1990, and has maintained a membership in good standing, working tirelessly to protect the best interest of his clients.  Robert Lucks began his career as a criminal defense attorney with the Legal Aid Society, where he zealously defended poor people accused of criminal conduct.  After five years, Mr. Lucks was recruited by the Long Island law firm of Sandback, Birnbaum and Michelin, and he expanded the breadth of his expertise, representing defendants on serious criminal cases in the courts of Long Island, and the five boroughs of New York City.  Mr. Lucks founded his own law practice in 1996.   Mr. Lucks is also licensed to teach Social Studies in New York State.

Mr. Lucks is a member of the Academy of Professional Family Mediators, Queens County Bar Association, Nassau County Bar Association and the New York State Defenders Association.  With 40 hours of training in divorce mediation at The Center of Mediation and Training, he has the experience and knowledge to help couples reach amicable solutions that are best for them and for their children.

In addition to professional expertise, Mr. Lucks has invaluable personal experience with the issues confronted by many of his clients contemplating divorce. He, too, has been divorced. In fact, Mr. Lucks and his former wife, who have two children together, one of whom having acute special needs, used a divorce mediator to negotiate the terms of their divorce. Mr. Lucks found divorce mediation to be a positive, and constructive, way to dissolve a legal union, and to redefine the terms of a relationship that would necessarily continue for a lifetime, as he and his ex-wife raise, and care for, their children. It is precisely because of his experience as a client using a divorce mediator, that Mr. Lucks became a divorce mediator. 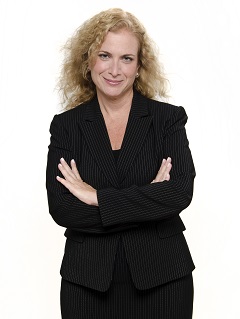 Deena Kessler is a divorce mediator and matrimonial attorney, practicing on Long Island and in New York City.   Ms. Kessler earned her B.A. in Sociology at Queens College CUNY and her Juris Doctorate at St. John’s University School of Law, where she was a member of the St. John’s Law Review.

Ms. Kessler was admitted to the New York State Bar in 1991, and has worked diligently to serve her client’s interests for over 20 years.  Ms. Kessler has worked at distinguished law firms such as Shea & Gould and Ruskin, Moscou, Evans & Faltischek.  She also was associated with the law firm of Schonfeld & Goldring, LLP where her practice was limited to Matrimonial and Family Law.

Ms.Kessler has completed 40 hours of divorce mediation training at The Center for Mediation and Training and is a member of The Academy of Professional Family Mediators, the Nassau County Bar Association and the Women’s Bar Association.  Her training as a divorce mediator, coupled with her  experience as a divorce attorney, uniquely qualifies her to help couples resolve their marital difficulties quickly, cost efficiently and in a manner that protects the parties, and most importantly, their children.